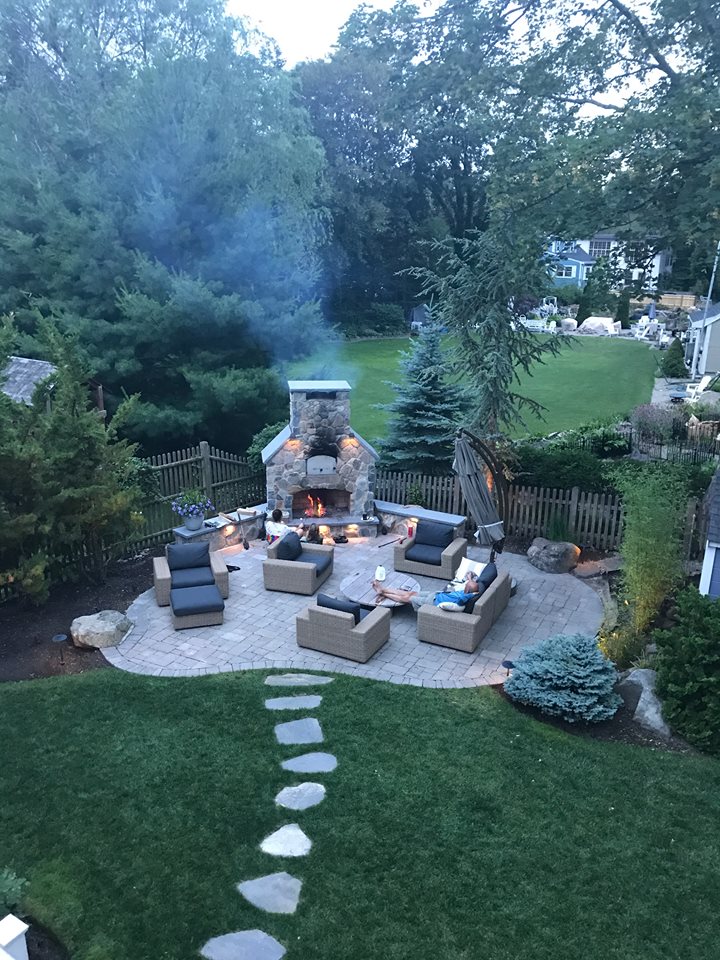 Sometimes homeowners contact me about smoke flowing out of the front of their fireplace rather than out the chimney.  I stand behind every product, so I traveled to two or three sites this summer to meet with homeowners to investigate what was going on, especially if my engineering was faulty or if there was a product defect.  In every instance, the fireplace smoke control problem was easily identified and addressed. One of my jobs is educating others about tips and tricks to make your outdoor entertaining more enjoyable, so I want to share want I learned with anyone.

Every fireplace will tend to smoke out the front while the flue is warming up or cooling down.  That is a principle of thermodynamics. Heat rises, but smoke has some weight that is influenced by gravity and air pressure, rising heat creates an advantage at the top of the chimney to draw more smoke up the flue.

Round Grove Products are engineered to industry-standard ratios of firebox-area-to-chimney-height to create positive pressure up the chimney, but even the best engineering cannot overcome limitations that are introduced at the homeowner’s location.  Here are some common limitations that homeowners and contractors need to consider before installing a fireplace:

That’s an overview of how I addressed what I observed of the fireplace smoke control this summer.  Our product is engineered correctly, since every site has its own limitations, Round Grove’s material warranty excludes chimney draw performance or smoke from rolling out the front of the firebox opening.  The contractor and homeowner must identify site-specific limitations that might influence chimney draw, but there are several alternative solutions to address these limitations:

I hope this information helps improve your understanding of fireplace smoke control and ultimately the enjoyment of your backyard entertainment space.